NASA ‘looks to the heavens’ for help: Agency enlists 24 theologians to assess how the world would react to the discovery of alien life on distant planets and how it might change our perception of gods and creation, Daily Mail
“NASA is looking to the heavens for help with assessing how humans will react if alien life is found on other planets and how the discovery could impact our ideas of gods and creation. The agency is hiring 24 theologians to take part in its program at the Center for Theological Inquiry (CTI) at Princeton University in New Jersey, which NASA gave a $1.1 million grant to in 2014. CTI is described as building ‘bridges of under understanding by convening theologians, scientists, scholars, and policymakers to think together – and inform public thinking – on global concerns.'”
NASA did NOT hire priests, for pete’s sake, Linda Billings
“The oh-so-reliable (NOT) Newsmax also repeated this story, reporting, “NASA Taps Theologians to Assess How Humans Will React if Life Found on Other Planets.” At least this story said, “NASA is reportedly hiring two dozen theologians to take part in a program at Princeton University to assess how humans will react if alien life is found on other planets.” The reports, however, are incorrect. And also CTI is not Princeton University. CTI happens to be in Princeton, New Jersey, but it has no affiliation with the university. Okay, I’ve had enough. You probably have, too. Though I’ve discussed these stories with some of my NASA astrobiology colleagues, no one asked me to write this post. I wrote it because this kind of sloppy journalism annoys the heck out of me. It amazes me to see how careless some journalists are about reporting without any fact-checking. Dr. Davison appears to be the source of all these stories. Maybe he’ll sell some books.”

Keith’s note: This wildly incorrect story about NASA hiring priests has made the rounds – and other news organizations have now written stories – about this story – without even bothering to verify things with NASA. The original story was featured on Drudge Report – so hundreds of millions of people – globally – saw it. But no one at NASA PAO apparently did. Or if they did see it they could not be bothered to contact the various reporters, ask for retractions, issue a clarification, etc. But one person who supports NASA’s Astrobiology program, Linda Billings, did her best – on her own time – at her own initiative – to set the record straight. 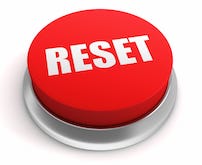 Astrobiology News From Mars That NASA Forgot to Tell You About

An Astrobiology Expedition To Antarctica
Categories