Double Standards and Sour Grapes From the Romney/Griffin Camp 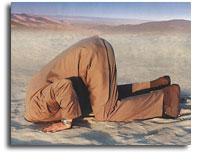 SpaceX’s Dragon capsule docks with international space station, Washington post
“On Friday, Musk said that SpaceX could be ready to fly people into space by 2015. But Scott Pace, a space policy expert at George Washington University and an adviser to Republican presidential candidate Mitt Romney, said the company first needs a track record. “They need to fly [cargo] six or seven times consecutively,” he said.”

Keith’s note: More Griffin era, out-of-date, sour grapes thinking from a Romney campaign advisor. Please tell me, Scott, where are the legal or agency requirements or 6 or 7 cargo flights prior to crew flights on Falcon 9/Dragon? Answer: there are no such requirements. You are just throwing imaginary hurdles in front of SpaceX so as to make their successes look less impressive than they are. And where is a precedent for such hurdles? Certainly not in the historical record of American human spaceflight. Why was the Space Shuttle allowed to fly with a crew on its very first flight? Human crews flew on the third Gemini/Titan II flight, Apollo crews flew on the third Saturn V flight, etc. How many cargo-only Ares 1/Orion flights were you and Mike going to have before you flew crews? Certainly not “six or seven times consecutively”. So why are you suddenly calling for SpaceX to meet criteria never levied upon NASA by you or anyone else?

Keith’s update: Curiously, you see a markedly different (and reasoned) tone than the dour stance taken by Mike Griffin and Scott Pace from another individual identified as a space supporter of the Romney campaign:
“Mark Albrecht, a former Republican space-policy maker who also previously ran Lockheed Martin Corp.’s international rocket business, called the launch “a watershed event” and a “Sputnik moment for the U.S. space program and the entire aerospace industry.” Large aerospace rivals need to “take heed, adapt or go the way of the electric typewriter,” he said.”
So … who speaks for Gov. Romney – and who does not? With Griffin and Pace there always seems to be a lingering “what if” bitterness – of the sort often associated with talking about having lost some big game way back in high school.
– Obama to Romney: Will You Fire Mike Griffin?, earlier post
– Partisan Romney Space Advisor To Call For Non-Partisan Space Policy, earlier post
– Obama Campaign Issues Space Policy Fact Sheet, earlier post

Budget
OIG: NASA Is Not In Compliance With The Payment Integrity Information Act
China
NASAWatch On CGTN: BRICS Nations, Space, And Politics

Commercialization
NASA Simply Has No Idea How To Control Costs

OIG: NASA Is Not In Compliance With The Payment Integrity Information Act
NASAWatch On CGTN: BRICS Nations, Space, And Politics
Categories