Endeavour Will not Launch Monday 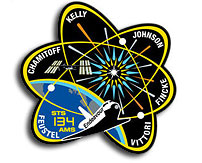 Marc’s Update: NASA will not launch Monday and will in fact need to remove the Load Control Assembly (LCA) box to continue to troubleshoot the problem.
NASA will also not announce until tomorrow when the next earliest launch attempt will be. However by removing the LCA, engineers will need time to test everything after it’s put back. This most likely means at least a weeks delay in the launch. With an Atlas 5 scheduled for launch on May 6th the next earliest launch window would be May 8th. However NASA officials have said that they prefer the May 9th or 10th window. If a launch was to happen on May 9th it would be at 11:46:43 am EDT.
Update 9:55 am EDT: NASA will brief the media at 3:00 or 4:00 pm EDT this afternoon.
Update 10:15 am EDT: Endeavour’s crew has already left the Kennedy Space Center for Houston where they will wait out the delay and continue preparations for the next launch attempt.
Update 10:45 am EDT: Media briefing now set for 2:00 pm EDT.
Update 11:25 am EDT: NASA is expected to announce at the media briefing that it will remove and replace the affected Load Control Assembly box with a spare. After replacing the box engineers will need two days to perform necessary tests.
Location of affected APU 1 in Endeavour