Yet Another OpEd On What We Can't Do In Space

Opinion: The U.S. put a man on the moon. But it might be harder to do the same on Mars.Mitch Daniels, Washington Post
“If and when humankind reaches that next frontier, though, there are reasons to doubt that it will be a U.S. government space project that leads us there. Ironically, the society that put a man on the moon may be just the wrong one to succeed in this next great endeavor, at least through a grand national project like Apollo.”

Keith’s note: In his OpEd former OMB director Mitch Daniels spends 95% of his time explaining why NASA will probably never send humans to Mars – as if it were an indisputable future – one that is really not open to further discussion. His only bright light in terms of sending humans to Mars is a single paragraph punt to the private sector – with no real elaboration as to how it might happen. In other words government=bad, private sector=good. Details to to follow.
Daniels has had a chance to really get into the issues surrounding human spaceflight a decade ago. But his efforts were widely panned as being a flop. He mentions a report issued by a committee he chaired. Specifically it was the “Committee Reviews Report on Future of Human Spaceflight”, issued by the NRC in response to a requirement in the NASA Authorization Act of 2014. NASA paid millions of dollars for this multi-year report generating effort.
As I wrote at the time: “NRC says NASA Is on the wrong path to Mars. That’s about the only thing they took a clear position on in their report. In writing their report the committee dodged all of the big questions with the excuse that it was beyond their scope/charter. Trivial mention was made of commercial alternatives or whether the SLS-based model is the right way to get to Mars. In the briefing yesterday Mitch Daniels said that funding for all of this is “the secondary question”. So there you go – yet another space policy report – one that cost $3.6 million and is being delivered more than 3 years after it was requested. The White House and NASA will ignore it. Congress will wave it around and then ignore it too. In the end we’ll all be where we are now – with incomplete plans, no strategy, a big rocket with no payload, and nothing close to a budget to make any of it happen.”
So … here we are 7 years later and we are still trying to figure out where NASA is going to go – and why. Daniels et al had a chance to try and reset NASA’s course but they shied away from a chance to do so – and they overtly told everyone that that they were not going to answer the big, obvious questions this report raised. Now its time for him to pop up and criticize what has/has not happend in the intervening 7 years. Like cicadas I guess we’ll have to wait another 7 years for the next Daniels update.
As mentioned above, Daniels has found religion in commercial space. He found it but does not know what to do with it. Daniels is somewhat correct in stating that: “To do so, our commission concluded, would require making the goal a central, single-minded priority of the U.S. space program; a relentless, unswerving multi-decade commitment to a pre-agreed path to reach the goal; and constant investments in amounts well above the rate of inflation. American democracy is not very good at any of those things.” Again, as I noted, Daniels et al listed the problems but had no idea what the solutions were. So why have a report if the report does not offer a solution to a problem? Oh wait: I almost forgot; this is Washington. Reports are solutions in and of themselves. Whether they offer anything useful is beside the point.
Daniels concludes his op ed by saying “The new Biden administration’s overall agenda is bigger and more expensive than any before it, yet it appears to leave little or no space for space. With a micromanaging Congress resetting budgets on an annual basis, picking out a priority for NASA and sticking to it for 20 years or more is likely not in the cards; we’ve proved very poor at “perseverance.” Plus, our legislators regularly carve out NASA dollars for favored non-exploratory causes such as environmental monitoring, and fiercely protect multiple space centers and resulting costly redundancies.”
Again, Daniels does a nice job citing all of the problems and challenges and predicting a post mortem on things yet to come – things that he thinks are immutable and unable to be changed. In many instances he is right. But enough with the problems already.
So Mitch – is there ever going to be a solution forthcoming? The Biden/Harris team – at age 1 month – has already been prompted to respond to the space issue multiple times. Each and every response – many unprompted – has been one of support. Yes, words and empty promises are the prime commodity here in Washington. But at least the Biden/Harris team proceeds from a point of optimism and hope when it comes to space. No doubt the reality of governing post-pandemic America will dampen some of this – but at least they start from a good place. You? Not so much. People tend to accomplish more if they start out thinking that they can. There’s a little hope. Let’s run with it – while we can. Ad Astra Mitch.
– Why Does Space Policy Always Suck? (2013), earlier post
– Report From Slow Motion Advisory Committee on Human Space Flight (2013), earlier post
– Space Studies Board is (Not Really) Interested In What You Think, (2013), earlier post
– NRC Says NASA Is On The Wrong Path to Mars , (2014), earlier post
– Hearing on NRC Human Spaceflight Report, (2014), earlier post 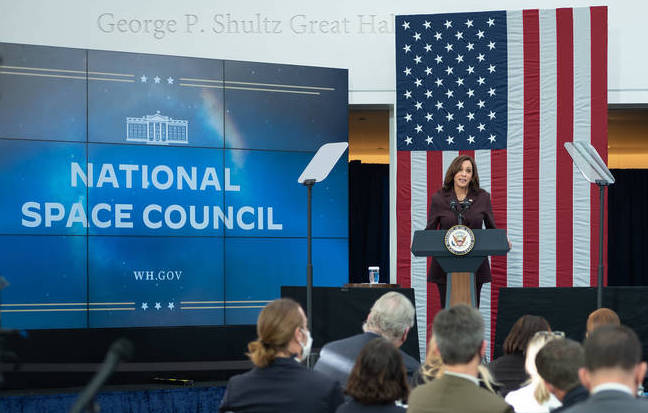