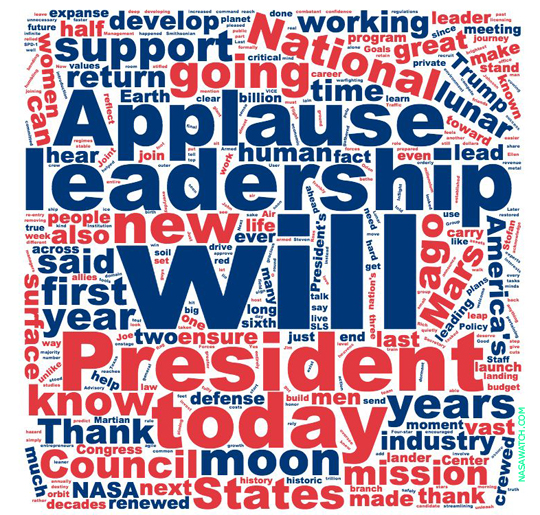 Remarks By Vice President Pence at The Sixth Meeting Of The National Space Council
“But as we gather here today, we do so recognizing that it’s been 47 years since the last American set foot on the moon. In fact, our great shuttle program, including the space shuttle Discovery behind me, was grounded nearly a decade ago. And the truth is, as all of you know, for too long America was content with low-Earth orbit, and missions focused on the Earth instead of aiming for the stars. But I’m proud to report that under President Trump’s leadership, all of that is changing. As the President said in his Inaugural Address, “We stand at the birth of a new millennium, ready to unlock the mysteries of space…” And that’s exactly what we’re doing. (Applause.) It’s true. After two and a half years under the President’s leadership, America is leading in space once again. This President recognizes what the American people have known for more than a half a century, and that is that our security, our prosperity, and our very way of life, depend on American leadership and American leadership in space. Now, we acknowledge that low-Earth orbit is not our final destination, but rather it is a training ground for the infinite frontier of space. And I can assure you the American people are ready for the next chapter in our nation’s history in space.”
Larger view

Biden Space
Climate Science At NASA: Building Back Better After The Trump Era