Should NASA and SpaceX Launch A Crew? Yes – Safely. (Update)

The Mission NASA Doesn’t Want to Postpone, The Atlantic
“In this moment, an astronaut launch might seem to be the opposite of everything Americans have been instructed to do to protect themselves and one another: Flinging people outward doesn’t quite line up with a growing nationwide impulse to turn inward. The mission would unfold against a truly unprecedented backdrop; even wars and national strife, one space historian told me, haven’t posed a challenge to the U.S. space program like this pandemic has.” … “The space community often considers themselves a different level of somewhat unique and special in not having to adhere to the same rules as others–because what they’re doing is so important, it should still be done,” Garver said. “I will not be surprised if the public finds it not what they would view as ‘essential.'” I just think most people will say, ‘Well, people are dying here.'”

Keith’s 14 April note: A substantial number of states have decided that liquor stores, vaping shops, and marijuana businesses are “essential” and must be allowed to stay open. No one seems to be questioning the risk taken by the people who work there or frequent these businesses to say nothing of the adverse risks that using these substances have on people who catch the virus. Major league team sports are talking about ways to play their games in closed stadiums (which still require lots of people to operate) and every one seems to be happy about that. And everyone is ordering groceries from home to be safe – even if an army of people is required to risk their health to deliver that food.
Update: pro-wrestling has been declared an essential business in the state of Florida. Yes, pro wrestling.
If NASA and SpaceX have all personnel and resources required to safely – let me repeat safely – and the people involved volunteer to take the risks – and meet all aspects of mission operations they should go ahead with the launch. The people who manage and work at NASA and SpaceX are smart and understand the value of a safe workplace under COVID-19 constraints. In the end Jim and Elon will assess whether their people want to do this.
I think the public as a whole understands the importance of things such as missions to explore space. We all need something to aspire to right now – and hope that there will be a future out there when this nightmare is over.
Hope is essential – certainly much more so than beer, pot, and the playoffs.

Keith’s 19 April update: Just as long as everyone involved in this launch is safe – and feels safe – and wants to make this happen – then they should be allowed to make this happen.
Despite coronavirus, NASA and SpaceX aim to launch astronauts in May, Florida Today
“NASA has a space station to operate and we aren’t de-crewing it because of the virus,” said James Muncy, a Washington, D.C.-based space policy consultant. “Carrying off a first, safe Commercial Crew mission needs to happen for the nation to operate the station and to continue what we’re doing in space.” “It would be better if we didn’t have this pandemic and it would be better if a million people could come to Florida and fill up hotel rooms and you would get the full economic benefit of that first launch,” he said. “But NASA has to keep moving in space.” … Lori Garver, former deputy administrator of NASA, said her views “evolved this week” after recognizing the pandemic could last a year or more. “If the workforce is safe and SpaceX and NASA are ready – I agree it is a priority,” she said. “The U.S. has spent about $150 billion on ISS and it can’t postpone (astronaut) exchange and supplies that long.”

34 responses to “Should NASA and SpaceX Launch A Crew? Yes – Safely. (Update)” 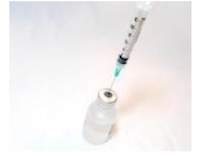 Coronavirus
Everyone At NASA And Its Contractors Must Be Vaccinated

Coronavirus
NASA People REALLY Like To Work At NASA

Everyone At NASA And Its Contractors Must Be Vaccinated

A COVID Spinoff And Soft Power Opportunity That NASA Ignores